'FOR SALE' and 'WANTED' Make sure the LOCATION section of your profile is completed, or at least post your location on individual adverts.
3 posts • Page 1 of 1

FOR SALE: 1942 Dodge WC-51, Mechanically restored, great shape. $28,350 (Ernie Baals and I discussed this valuation, and he believes it a fair price. He is quite familiar with Old Henry) PICS AVAILABLE UPON REQUEST! I stopped using Photobucket when they started charging, but would be happy to e-mail them.

This is “Old Henry”, my 1942 Dodge WC-51 Weapon Carrier. His restoration was a labor of love, and I did everything I could to do it right- a full frame off, with nearly every piece getting fully inspected & overhauled. He is a great turn-key runner and is just about as good as new. He does have a few, minor, cosmetic issues here and there, but nothing which can’t be easily corrected. He even has a few bits of added equipment to make him better.

When I received him, he was pulled from a junkyard in Arizona with the wrong engine, a shot transmission & lots of sheet metal to repair in the bed. He had apparently been used as a tow truck at some point, and had lots of weld all over the frame from additions and deletions over the years. He was taken down to a 100% bare frame and fully cleaned up & repaired. Happily, he still had his original taillamp brackets!

Old Henry was built in early October, 1942. I have a copy of his build card from Chrysler Motor Heritage, and can confirm that the cab he has is the one his chassis left the factory with. His original engine was long gone, but the incorrect engine has been replaced with a correct T-214 engine of about 1943 production. He sports a Ball & Ball carb, with the correct early oil bath air cleaner. The engine was fully rebuilt- rebored, NOS .040 factory pistons installed, new valves & springs, the crank cleaned up & turned (ISTR .020 US on main & rod journals) a new flywheel & clutch assy., new timing set, oil pump, etc. The original distributor has been overhauled, starter & generator rebuilt. Carb is a fresh MWM rebuild, and works very well. Fuel pump was rebuilt with ethanol resistant diaphragm. Fuel tank has been repaired, and works nicely, although the FQI has the usual issues. (Sender was NOS, and gauge repro)

Transmission and transfer case are fully rebuilt with new bearings & properly adjusted IAW the factory powertrain manual. He shifts smoothly (provided you know how to properly double-clutch, as is required for the old non-synchro Dodges), but due to low gearing in the differentials (5000 miles since overhauled from a Norwegian return ambulance) top speed is only about 50. All universals were replaced on the driveshafts. Brakes in great shape, new cyls. & shoes Rebuilt orig. M/C

The steering box is about average for these trucks- non-power steering with the typical freedom of action. Steering wheel is a correct early full plastic OD one with the black horn button.

Seats are the high-side early ones correct for Oct. 42. Speedo is repro. The bed is the correct small-fuel fill and long left side boxes for a 1942 truck: both forward tool box covers are in place. Bed floor, troop seats & canvas bows are from MWM. Bed has original and later parts, due to post war modifications I had to repair. The layout is correct for 1942 model. The upper gunwales were previously removed, and a pair from a late war wooden bed used to replace them. The seat back mounts, etc. were repositioned to 42 spec, but there are still the mounts for lazyback supports. 2 rear panels are from a later bed & have the holes for mounting the MP-50 mounts for antennae. (MP-50 mounts not included- don't have them)

Electrical system is original 6v. Ignition switch is identical to original, but is not a 700 key, for security purposes. All lighting gear, including blackout lamps, fully functional, and camouflaged front and rear turn signals added for safety. Trailer socket is properly wired & operational. A period correct (well, immediate post war) self cancelling turn signal switch is in place, but is easily removed if desired. The additional rear tail/brake/ turn signal/ lamps are hidden behind the rear reflectors, where they are unseen unless on, and do not look like they are there when off! At night, the two large lamps add safety beyond the one small service signal lamp on the left side, as original. These lamps may be switched off independently for authentic lighting look during reenactments, etc. Wire harness is repro, handbuilt to original spec., but not cloth wrapped- you only see about 2" of the wire out of the tape loom, so kind of pointless. Function is fine.

Old Henry includes a full set of new canvas from John & Mary Worthing (canvasco.com) in England. Seats are Beachwood, and the side pads I have no idea. Tires are used, original Military, and work well.

The USA number should be "277669": this is what was on the hood when I sanded down to it: When I made up the stencils, I was working from memory, and made it "277559" Marking is as it was on the hood, although I did not do the blue-drab initial stencil first. I have been planning to do blue drab if I repaint (TM9ORD Shade No. 8 OD) then repaint with the white. The unit numbers are for a favorite unit of mine: I knew a lot of those guys 'back when. (Most are gone now) Bridging disc number is what I found for WC-51 with Ben Hur, but I understand there are several variations. Suffice it to say I think it looks good anyway. Markings are IAW AR for the period, although I have never gotten around to making the hood star stencil. Shipping data stencil on black panel behind gas can. Dash stencils copied from originals on other WCs. 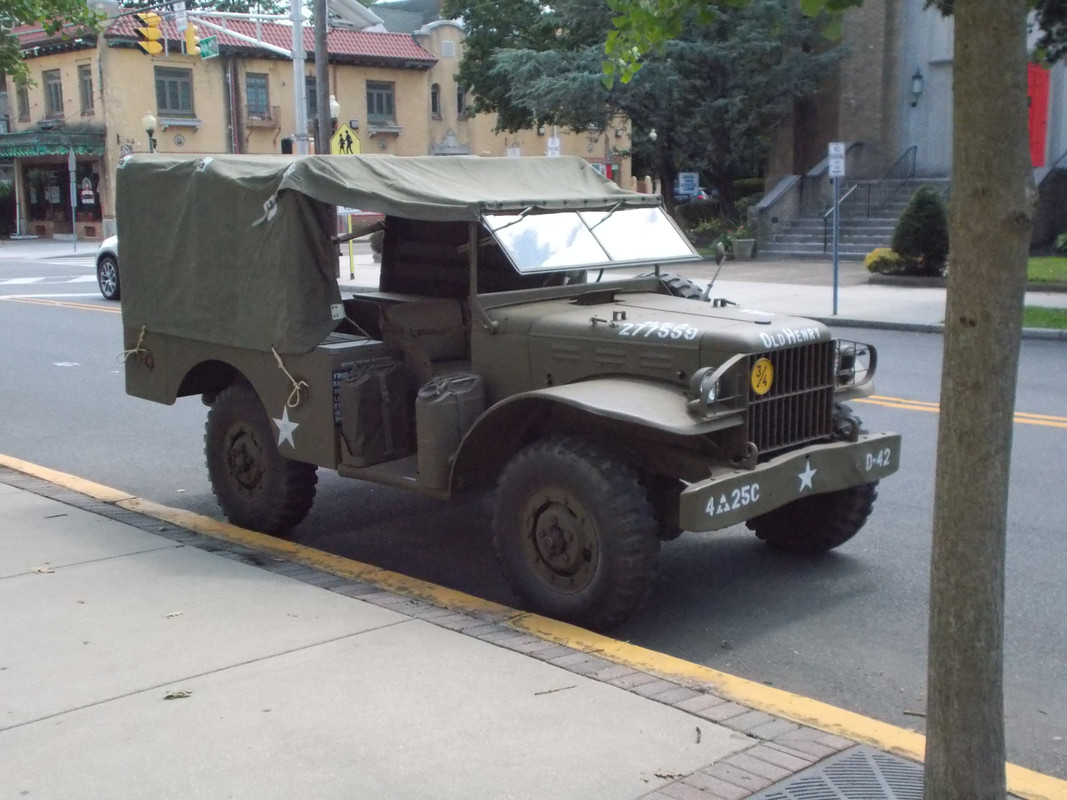 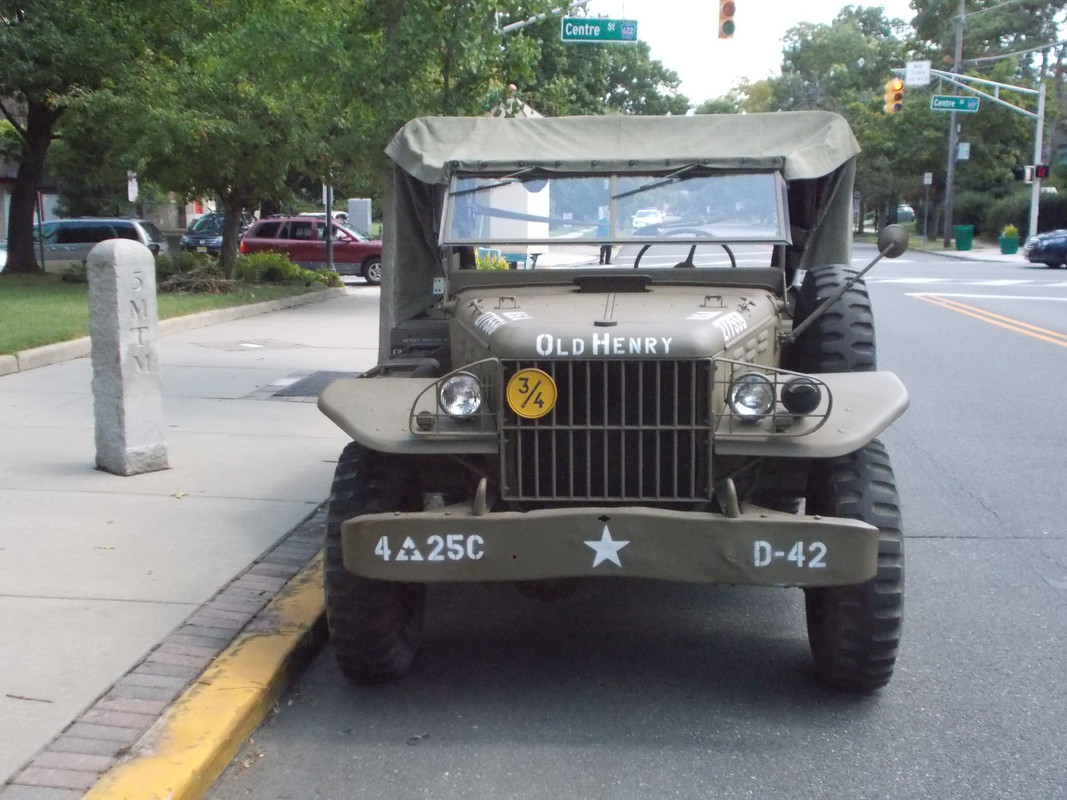 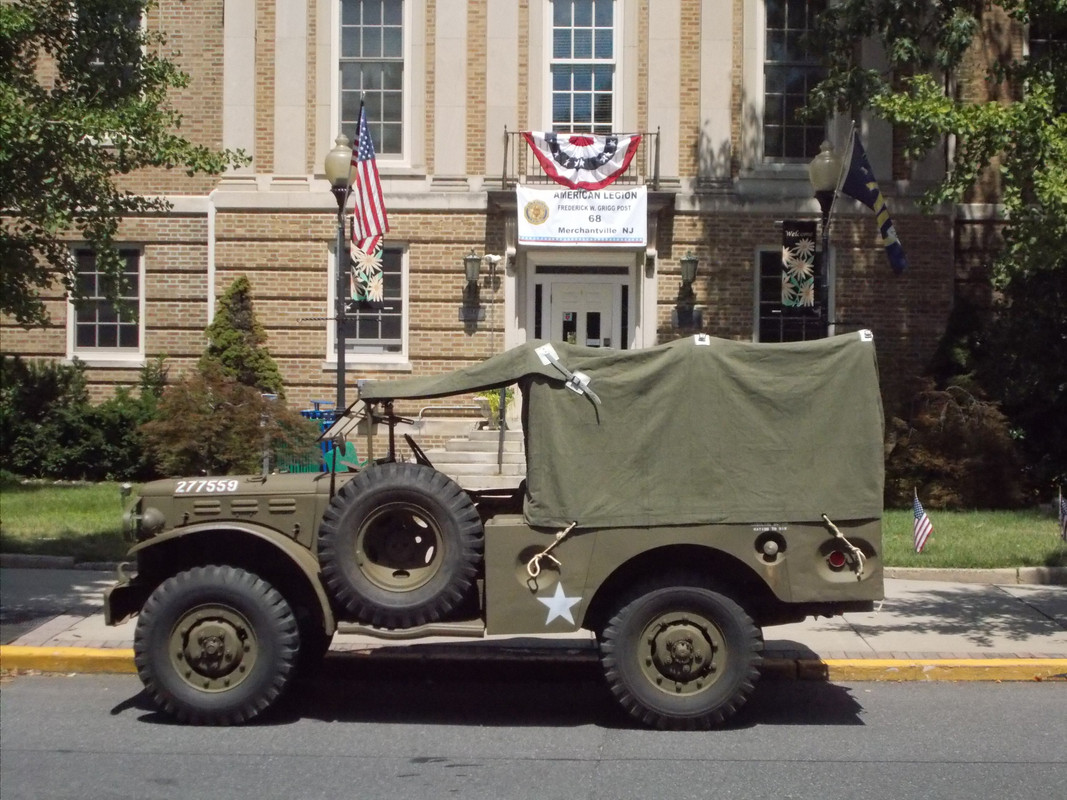 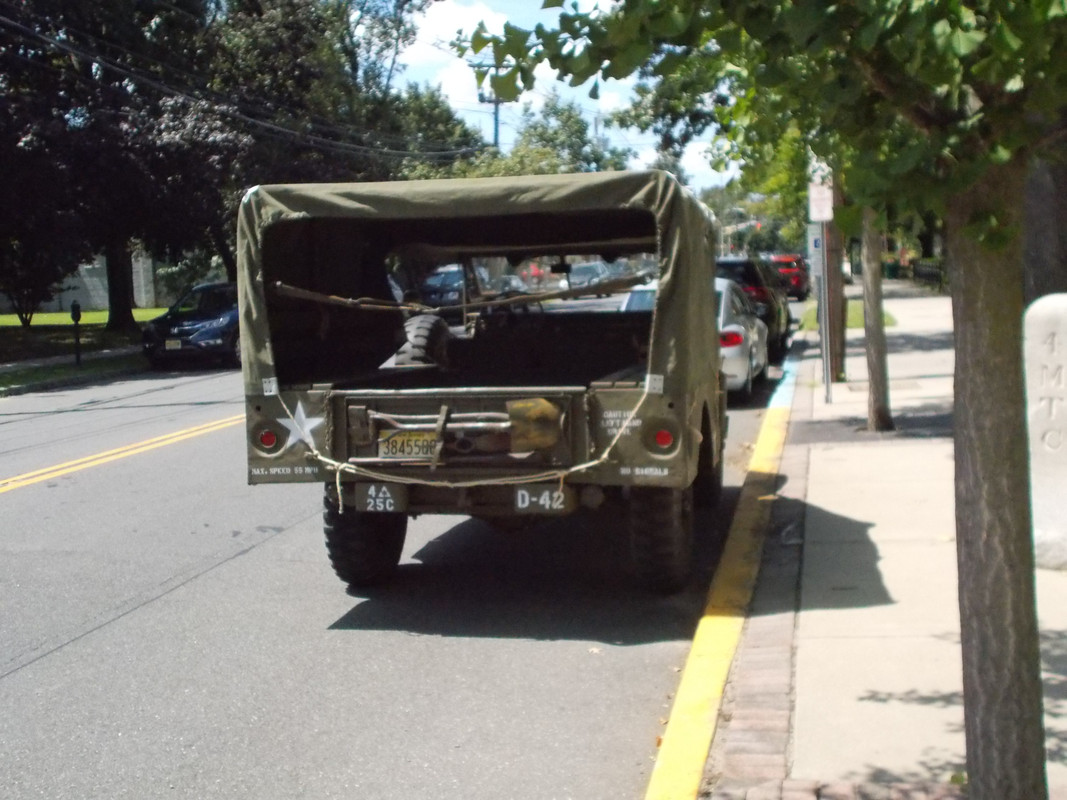 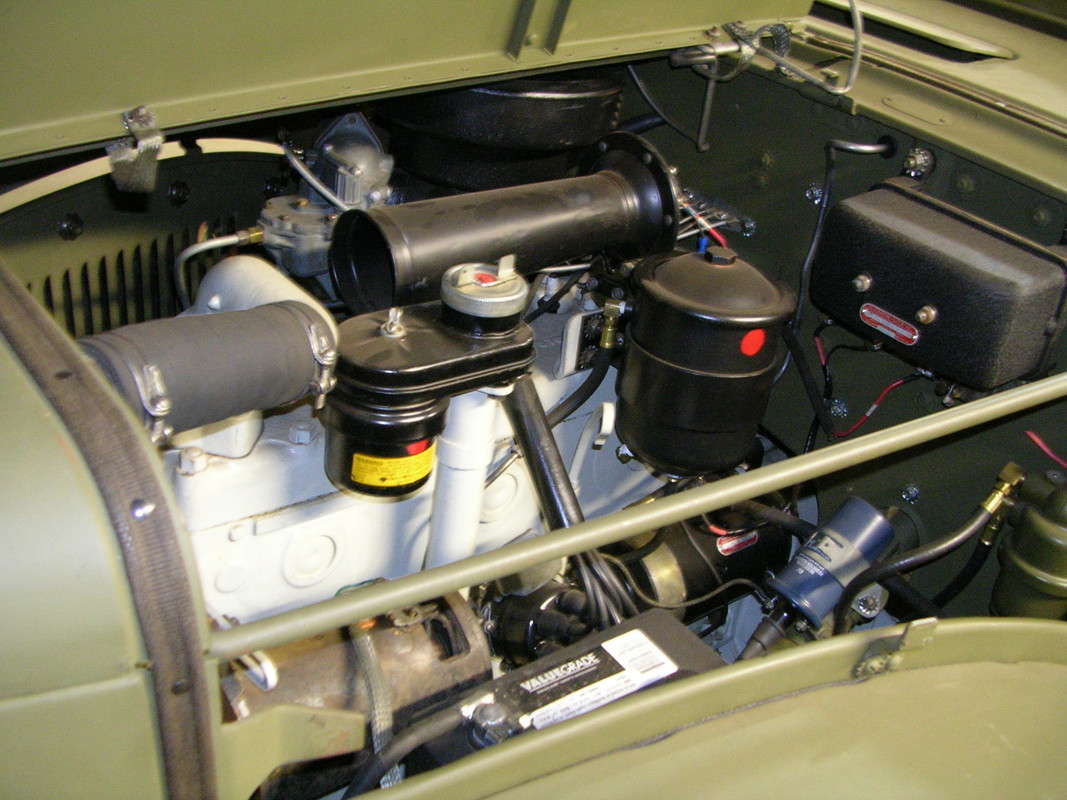 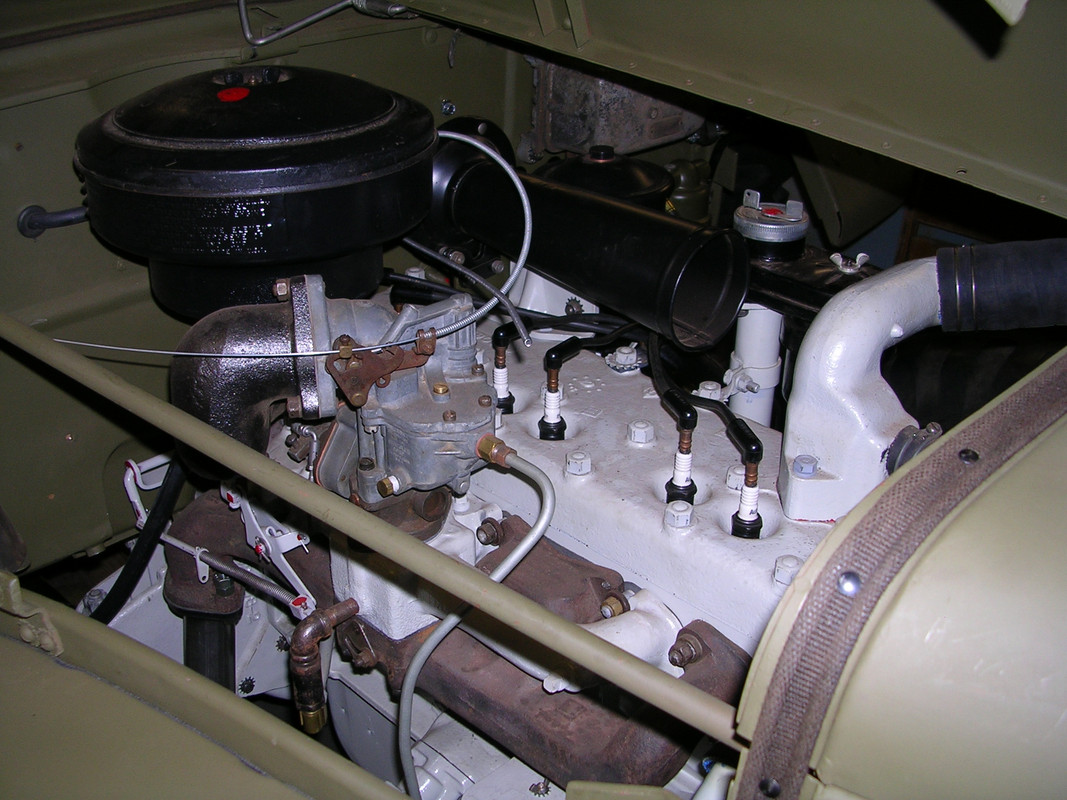 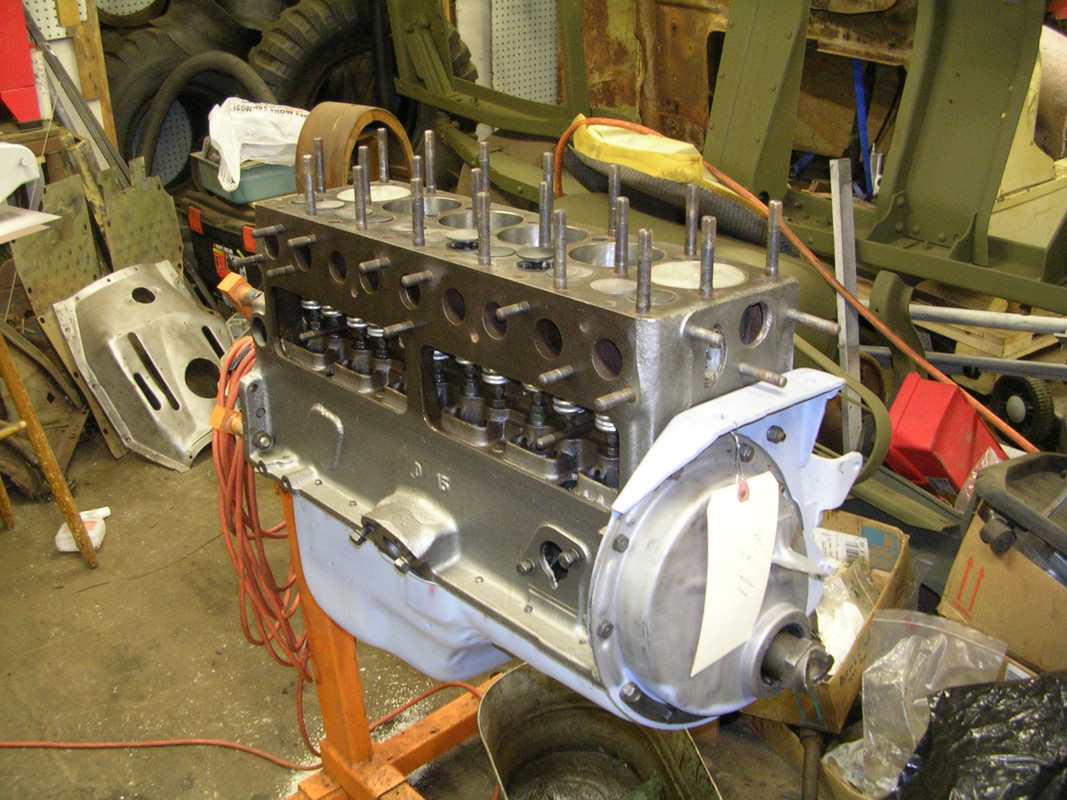 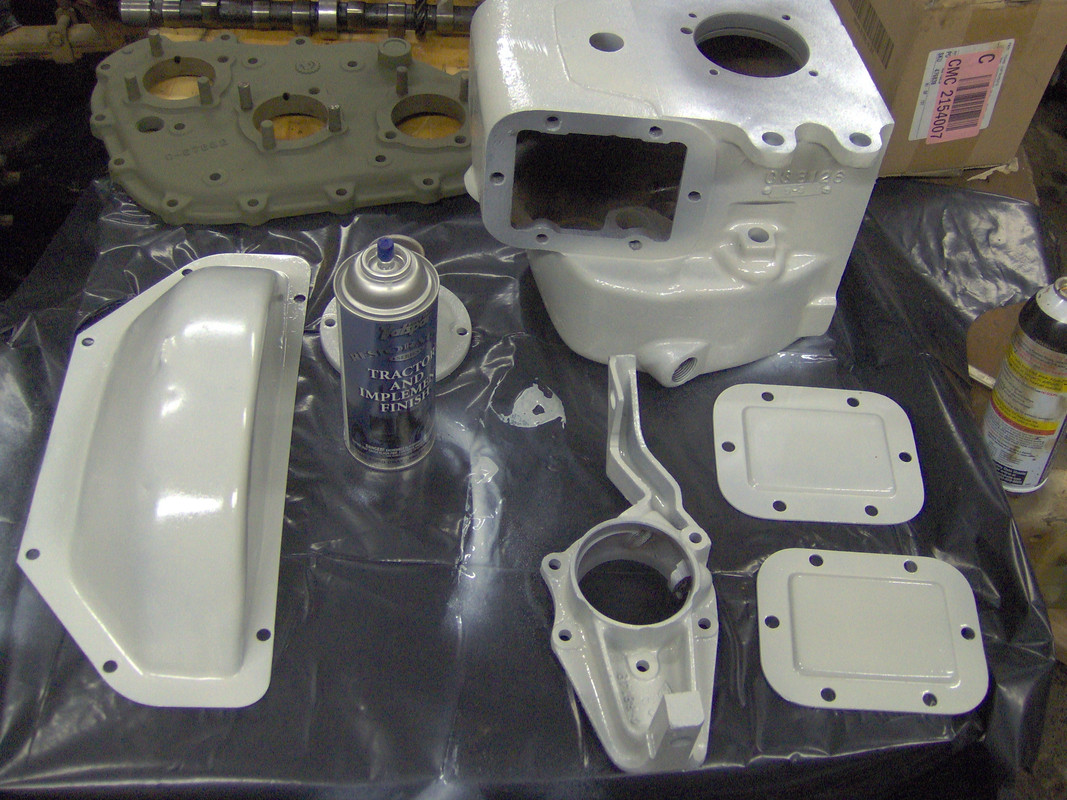 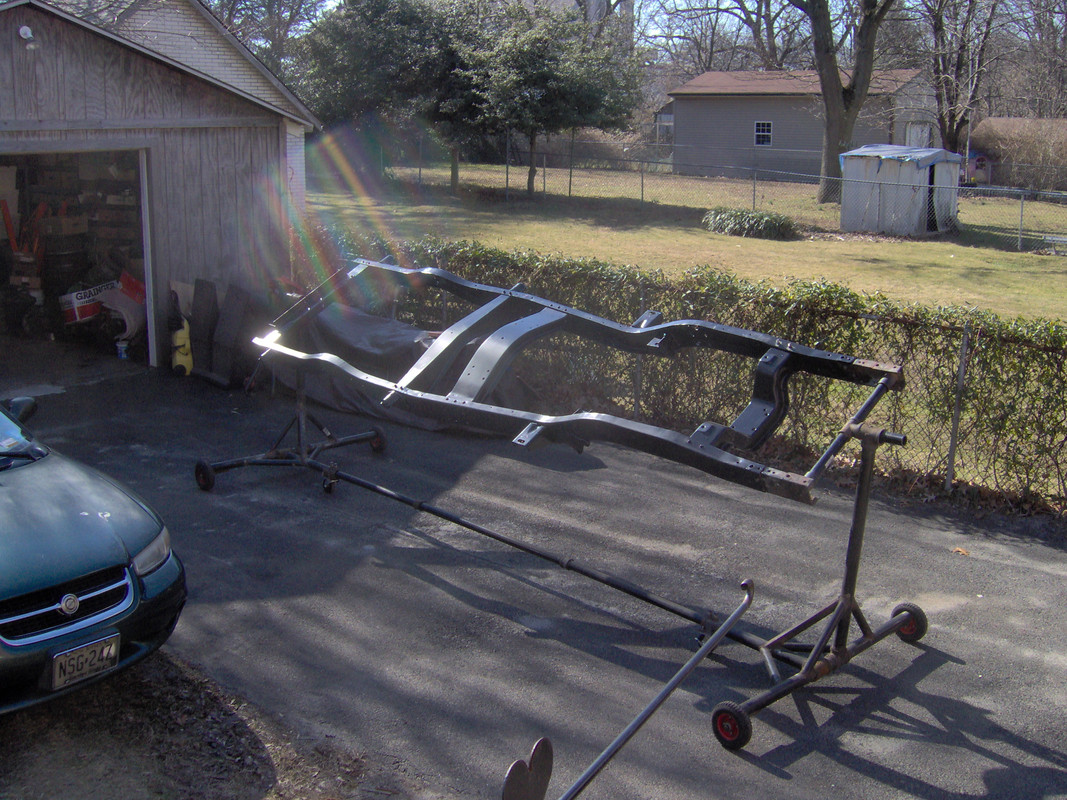