Hi folks,
I am trying to decide on unit markings for my WC 53. I know the hood number (or as close as I am likely to get thanks to Richard Tercier & Ray Edsall. I have no idea what unit the vehicle was assigned to, and given that I imported it from the USA its likely it never saw service outside the USA.

All that aside, does anyone have any knowledge where Carry-Alls were deployed as in, what units/regiments/divisions etc?

Good question, and here is what I found back when I owned my two WC-53's. Early 8th Air Force units had the Carryall. There were a number of them used on the Alcan highway. There were also a number of them used by the Manhattan Project. I have seen WC-53's with US Navy markings (original). I have not seen any US Army Tables of Organization (TO's) which list the WC-53 on them, but if you find units which had in their inventory the radio sets associated with the Carryall, there is a good chance they had a Carryall on their TO's at some point during the war.

That is what I found, but here is some speculation. Since the Carryall was designed as a specialized radio truck, it would have been used by a signal section or unit of a larger unit. It would not have been assigned down to a battalion or squadron level (in general). It would have been assigned at a US Division, or Regiment, or upper level unit (corps or army) signal unit. It's purpose went away at some point during the war, and any that were laying around would have been in demand for carrying important people (as in, upper ranking officers) or equipment (as in, fissile materials or related items for the Manhattan Project). Because it was probably (and I am pretty sure it was) declared limited standard in 1943, units would have picked up one if they had a need to do hauling of things which needed to stay dry and relatively secure (unlike in a WC-51). Either the WC-53 would have been "off the books," as in, not part of the officially prescribed equipment of the unit, or it would have been standing in for another truck (like a WC-51) because they couldn't get one. The vehicle was not good tactically- with the one door, its crew compliment just couldn't get out of it fast enough to avoid shelling or air attack. So this would have precluded it to mostly rear, or safer areas not under threat of constant attack.

So with all that, if you can't find a real unit which used a Carryall, you have many "likely" units to choose from. Service Commands, stateside, which are way overlooked by military vehicle buffs, are my favorite due to their history (look them up on Wikipedia). I have seen many 1/2 ton Dodges marked to numbered service commands (1st through 9th). You could also consider airbases (and I have seen a number of Dodges marked to airbases in WWII, though mostly 1/2 tons), numbered Army Air Forces command structures (1-4th in the US, 5th through 20th overseas). I wouldn't rule out divisions, but they likely would have been at headquarters elements, and I would look at Corps and Field Armies, as well as Army Groups. I mean to recommend marking it as part of a division or higher unit when they were stateside in training. When the division or higher unit deployed overseas, it is very unlikely that it would have taken a Carryall with them (due to keeping in alignment with the TO's).
Nothing to see here, just move along...
Top

Hi,
Thank you very much for this, I really appreciate your input.

Interestingly I get a lot of folks asking where the Carry-All might have seen service and I usually reply that it likely never left mainland USA as tactically they were a failure as you say. Most people then look at me as if I am wierd but when I tell them its the only one of its kind in New Zealand that is fully road legal they get it.

Having said that 4 WC-53's came to NZ from the Pacific Islands after Okinawa, for overhaul, along with hundreds of other GMC's, Jeeps and other Dodges, ready for the invasion of Japan. Obviously the war ended before these overhauls were completed so the vehicles were sold to the public.

I know where 3 of these Carry-Alls ended up, only 1 is in reasonable condition in a small museum.

Any ways, again thanks forthe info.

Two WC 53 in the back of that photo. On the right and on the left side.

What say's the 1A on the Jeep and Dodge bumper? 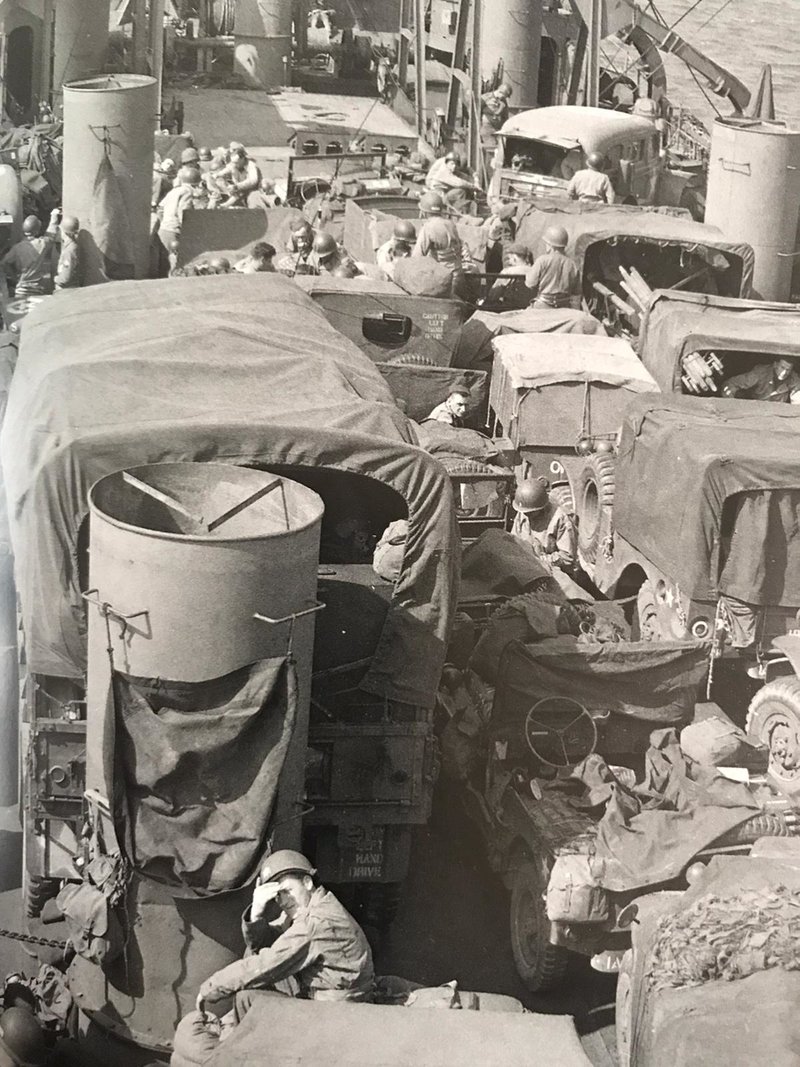